Hi! This is a very delicate subject, and I know some of you may not like what I have to say. But this is an issue that I take very seriously. It is an issue that we often take lightly in today's society, like it is a mere choice, with no consequence. But it's not, and that's what I would like to explore today.

Circumcision is a surgery that consists in cutting off the foreskin of the penis. This procedure is still performed on a large quantity of male infants in north america, at birth or in the days following.

Done without the consentment of the child, this act is irreversible and potentially dangerous.

Every year, in the United States, between 1 100 000 and 1 250 000 newborn boys are circumcised. About 117 of these babies die from complications related to the surgery.

Another belief, also dating back to the 19th century, is that circumcision coud protect men from sexually transmitted diseases. This belief is false. Only a responsible and healthy sexuality, combined with the use of the condom can prevent sexually transmitted diseases like HIV. In Quebec and Canada, no serious study has been able to prove that intact (un-circumcised) men were more infected than circumcised men. In fact, during the AIDS crisis in United Stated in the 1980's and 1990's, 85% of adult men were circumcised. Nowadays, the United States remain among the industrialised countries the most affected by AIDS, compared to European countries where the rate of circumcision is much lower.

And how about the foreskin itself? The general belief is usually that it's just ''a useless piece of extra skin''. Actually, it is an important and useful part of the penis. It's first role is to protect and lubricate the glans. It also plays a big part in sexual pleasure. The foreskin, like the skin covering the clitoris in girls, contains lots of very sensitive nerves and is a highly erogenous zone. The foreskin is also one of the most sensitive parts of the penis. It has many other functions, that you can discover here.

So what happens during a circumcision? The baby is taken away from his mother, and brought into a cold and sound-proofed surgery room, where he is undressed and strapped in a restraining device. Then, with cold surgical instruments, his penis is mutilated, often without anesthesia. Even if he screams in pain, his protesting is ignored. His penis is then bandaged, he is brought back to his family, and he has to learn to trust again.

This way of proceeding was established at a time where we considered the baby's brain and nervous system as too under-developped to feel pain or remember the surgery. It has been proven since that babies are actually highly sensitive to pain, and that they do have a memory. Men under hypnosis have painfully recalled their own circumcisions. How can we ignore the distress calls of a newborn and call them ''reflexes''? How can we instigate such practices without thinking they could have negative consequences on these children?

Here are two videos about circumcision. In both, we witness the circumcision of an infant, with sound. Beware, the images as well as the distress of these newborns are very hard to watch.

In Canada, it is illegal to perform genital mutilations (circumcision/excision) on girls, even for religious reasons. Then why is it accepted to mutilate little boys? It is interesting to note that circumcision of babies (girs AND boys) without medical reason is already illegal (or about to be) in countries such as Sweden, Finland, Norway and Iceland.

Since a large number of adult men in north america are circumcised, one of their worries is that if they leave their sons intact, they will feel different from their fathers and other boys and be complexed by it. In a situation like this, it is always possible to have a discussion with the young boy, when he will notice his difference. Like a case in the book Birthing From Within by Pam England, where a four year-old boy notices for the first time that his penis is different from his father's. The father simply answered that when he was a baby, his foreskin was cut off. When the boy was born, they decided not to have it done to him, because it hurt a lot. The boy simply answered ''thank you for not letting them hurt me too''.  See how easy it can be to explain this to a child? And when this boy will be himself a father of intact sons, the problem will have vanished, the chain will have been broken.

What message are we sending to small babies by welcoming them in torture? Right from the start, they have to learn to create protection mechanisms, by fear of having to suffer again. How then can they build a heart-to-heart relationship, in confidence, with the people who chose to put them through this painful experience? And if the first experience a boy had with his penis is one of violence, of pain, what kind of sexuality will he have in the future? Like Marilyn Milos said so well: ''circumcision is where sex and violence meet for the first time''.

I tend to have very firm opinions on most subjects related to birth and babies, but most of the time I do my best to give the informations in the most objective way I can, to let people make their own decisions. However, in cases like this, it is very hard for me to stay objective. When it is a question of imposing ireversible and potentially dangerous mutiltions to a child, without his consent, it is impossible for me to see the pros.

I feel sorry for moms who already chose circumcision, whatever their reason, and who regret their choice today. To these moms, I suggest they establish a dialog with their child, and explain to him what happend, to try to heal the consequences. Love can heal many things...

Have a nice day! 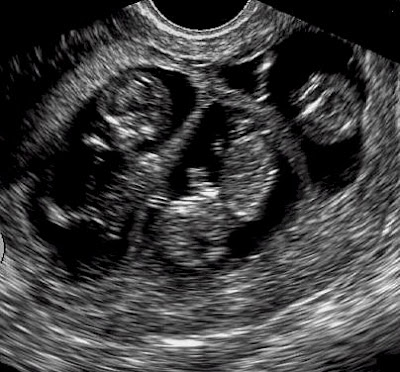 Birthing Twins and Triplets Naturally? Why Not!

Nowadays, we see more and more multiple births occuring, meaning when a prengnancy includes more than one baby. They occur more often now in great part because of all the fertility treatments available today. On top of that, because of all the technology available now, it is possible to know very early on if a pregnancy is multiple or not. Once the shock of the news had passed, a ton of questions and doubts arise, wether they are about what to expect during the pregnancy, for the birth, and all about the future organisation of the family to welcome two, three or more bundles of joy. The first thing that changes when a mutiple birth is announced, is that the pregnancy is now considered ''at risk'', and will be monitored more closely. Then, the fact of having to birth more than one baby changes things considerably when it comes to planning the birth. Nowadays, a great deal, not to say the majority of multiple pregnancies end in elective c-sections. Three babies! Is

Are prenatal ultrasound scans really as safe as we think?

First of all, hello and welcome back to my blog! I'm finally back from my summer blogging break and will hopefully be able to keep up with regular updates here. So here is for my back-to-blogging  an article about ultrasounds. The technology of ultrasound is now very much a part of the modern prenatal follow-up. It allows us to produce an image of the baby inside the womb by using sound waves. It is heplful in detecting malformations, to try to figure out (approximately) the baby's weight and size, to know the baby's sex in advance and to confirm a multiple pregnancy. Today in the western world, this procedure is offered to all pregnant women, at various times during the pregnancy, even if the baby is perfectly healthy. But is it's use (or overuse) really without risks? In which cases does this procedure become a necessary tool, and when would it be better avoided? Reflexion on an intervention that may be taken too lightly... Ultrasound machines work by sending ul 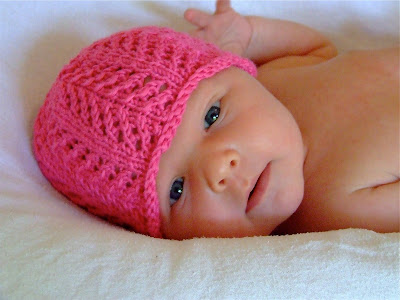 Understanding Your Newborn: The 6 Different States of Consciousness

Good morning! Today, I will talk about the different states of consciousness of the newborn (also called behavioral states), as classified by Dr. Peter Wolff and Pr. Heinz Prechtl. What use is it? By learning to identify the different states of consciousness of your newborn, you will learn faster to know her rythm, which will allow you to answer her needs better and help you feel more confident as a new parent. These six states of consciousness are : quiet awake, active awake, crying, quiet sleep, active sleep, and somnolence. All of these behaviors have their reason to be, and have different needs associated with them. But I shall start with the most interesting one to me: Quiet alert state Baby in quiet alert state Quiet alert state is very close to the attitude a grown-up has when listening attentively to someone. The baby is calm, awake, aware of her surroundings, and taking in new information. Newborns (especially those born without drugs) almost all have a long quiet ale